Learnings and Reflections from MPI’s Research, Documentation, and Learning Team’s Trip to Indonesia 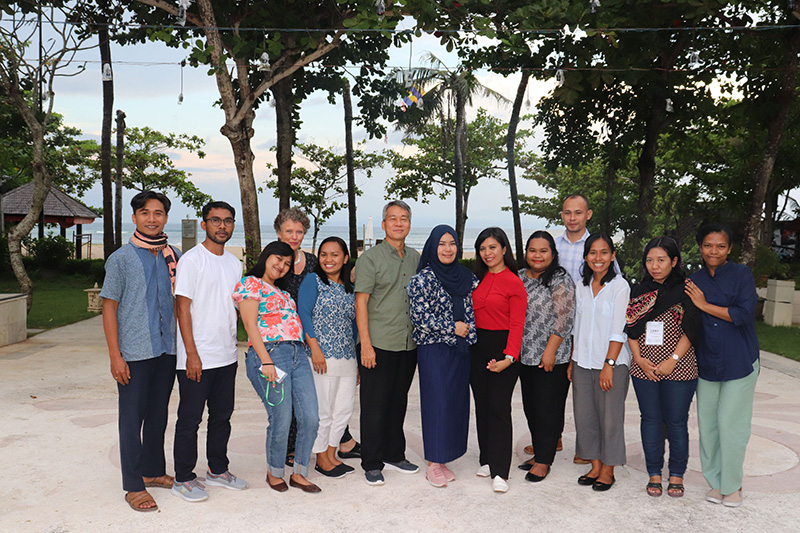 The joint training was composed of a one-week training on Nonviolent Conflict Transformation (NVCT) and a one-week training on Trauma Awareness and Healing (TAAH). Nine lecturers from two universities from Nusa Tenggara Timur (NTT) participated in the training that was all conceptualized and facilitated in Bahasa Indonesia. The four Indonesian facilitators were MPI alumni, with one in each team a participant in MPI’s Facilitation Skills Training of Trainers for Peacebuilders. The training resembled what an MPI peacebuilding training in Davao would be like, from the preparatory work to the training proper and the post-training documentation and evaluation, and even the fun activities within and outside the training.

It has long been an idea or plan of MPI’s RDL team to work with “key” MPI alumni in different regions in and outside the Philippines to deepen and expand the peacebuilding knowledge and skills of MPI alumni and peace practitioners in their own language and settings. When MPI was asked to conduct a training for university lecturers from Nusa Tenggara Timur in Indonesia, it was clear that this was the ideal opportunity to make that idea come to life.

With their newly acquired knowledge and skills in conflict analysis and transformation as well as in dealing with trauma, the nine training participants, and now MPI alumni, will surely make a difference to their students, community, and family members.

The RDL team’s visit to Indonesia was crowned by two MPI alumni reunions. Both reunions were attended by alumni who drove far to be able to reconnect and network with their fellow MPI alumni.

The first alumni reunion was in Yogyakarta on 14 June 2022. Fourteen MPI alumni from Mojokerto, Salatiga, Semarang, Solo, Srumbung Gunung, and Yogyakarta gathered in Warung Klangendan, a simple restaurant located at the heart of Yogyakarta that serves traditional Indonesian food.

The second alumni reunion was held on 18 June 2022 in Depok, West Java, a city within the Jakarta metropolitan area. It was attended by five MPI alumni from Bandung, Jakarta, and Depok.

The reunions were filled with reminiscing and sharing of stories about their respective MPI training experiences and their current engagements. Some of the alumni have taken up another path professionally and are now more engaged in development work, humanitarian aid, and disaster management, but their hearts remain with peacebuilding. The alumni also discussed what they can do to strengthen their peacebuilding network and possible ways they can work together. Some of the ideas include inviting more MPI alumni in Indonesia to become members of the LPI, conducting and/or facilitating localized peacebuilding trainings in Indonesia, and creating MPI/LPI alumni clusters in different provinces of Indonesia in order to create common peacebuilding activities tackling local issues. Some alumni also brought up ideas on how to further sustain LPI as an organization.

In the Annual Peacebuilding Training in Davao City, MPI provides an environment for its training participants and facilitators to be exposed to cross-cultural learning experiences, learn a variety of training methods, and get the opportunity for networking with peacebuilding practitioners from all over the world. 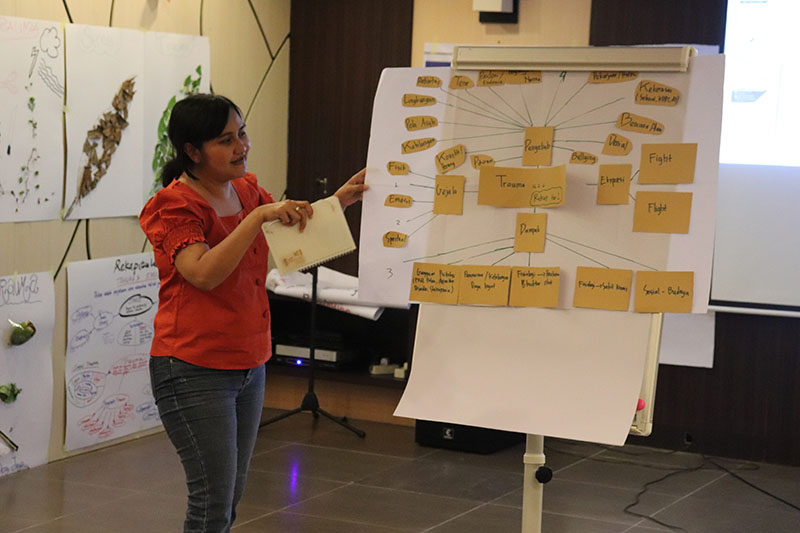 During the LPI-MPI training, one of the most noteworthy advantages of localizing the peacebuilding training was being able to overcome the language barrier. The training was more contextualized and the participants were more motivated and were able to understand better how they can practice what they have learned during the training.

Another important learning from the Indonesian experience is that offering local MPI peacebuilding trainings is a positive addition but not necessarily a replacement for the MPI Annual Peacebuilding Training in Davao, especially for local peacebuilders who are not proficient in the English language. Some of the LPI-MPI participants who were not proficient in English expressed their interest and motivation to learn English in order to apply for an MPI peacebuilding training course in Davao once there is an opportunity.

For a long time, MPI has been looking into ways to sustain its alumni peacebuilders network. But how can it be sustained with no money involved? How do peacebuilders stay inspired? What keeps a network going? How can MPI help keep the flame burning?

The journey of MPI’s RDL team to Indonesia has been instrumental in finding answers to some of these questions. The alumni reunions provided an opportunity to bring together MPI alumni from different training years—young and old—and allowed them to connect with other fellow alumni and share their experiences and knowledge in peacebuilding. 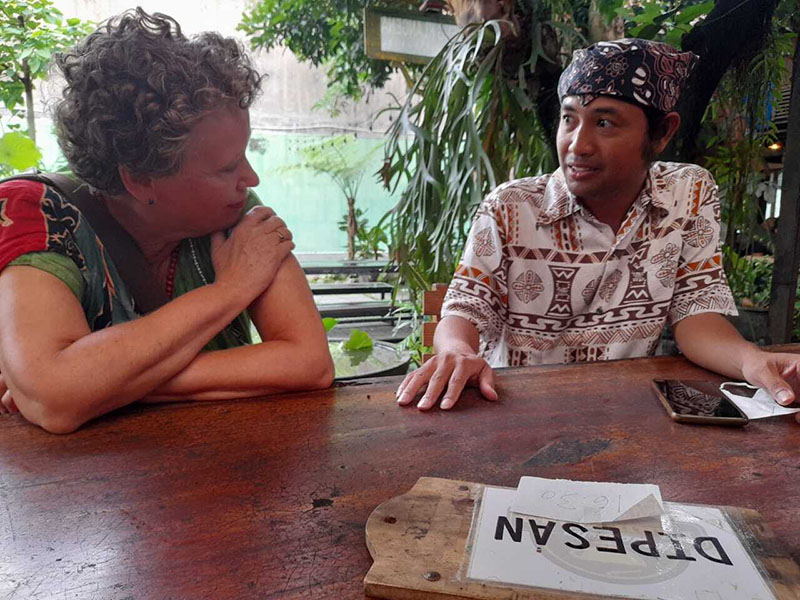 LPI, which is composed of proactive MPI alumni, is a good example of what a strong network of motivated and inspired peacebuilders can do even though it is still a relatively young organization. Their engagement and passion in creating their own cluster are voluntary and their support for each other comes naturally. It has been helpful for MPI to build close relationships with its key alumni, who will continue to share the vision of MPI in their respective regions.

MPI’s RDL team wishes to replicate the Indonesian experience with MPI alumni in other countries in the Asian region. This will hopefully lead to peacebuilders mutually supporting each other and to the establishment of MPI alumni learning communities throughout the region. Hopefully, reflecting and assessing the experiences in the Asian region will help encourage alumni from different parts of the world to create a network of mutual support and to create and sustain localized peacebuilding initiatives with little or no money involved.

Do you have inspiring stories and examples of initiatives among the MPI network in your country? We hope to hear stories from you. Feel free to send us your stories and maybe one day, we will be able to meet and visit you!